Arthritis of the knee-“The Rosenberg View” 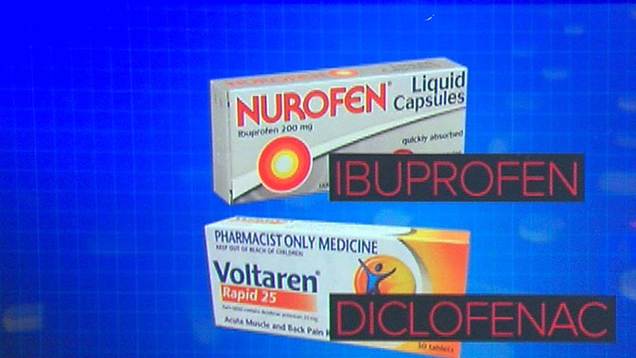 One of Australia’s best-selling painkillers should be banned, according to the co-author of a study that linked it to an increased chance of stroke in healthy people not previously thought to be at risk.

Commonly sold as Voltaren, but available in a number of brands, it is one of a class of drugs all found to increase the risk of stroke, an extensive Danish study found.

Diclofenac, the key ingredient in Voltaren, is as dangerous as the arthritis drug Vioxx, said an international expert. Vioxx was withdrawn in Australia in 2004 because it was found to increase the risk of heart attack.

The study examined data derived from the entire Danish population, about 5.5 million people, over eight years. More than 2.6 million had a prescription for the non-steroidal anti-inflammatory drugs.

The study found diclofenac, sold here under 19 different brands, including Voltaren, increased the risk of stroke by 86 per cent in people not previously thought to be at risk.

Ibuprofen, commonly sold as Nurofen and Advil, was linked to a 30 per cent increased risk of stroke when more than 1200 milligrams were taken.

A spokeswoman from Novartis Australia, which makes Voltaren, said the company was aware of the study but did not believe the findings altered the benefit-to-risk assessment for diclofenac. She said diclofenac should be used at the lowest possible dose for the shortest duration of time, in accordance with the doctor’s or pharmacist’s directions.

The study co-author and senior cardiologist at Gentofte University Hospital, Gunnar Gislason, told the Herald ibuprofen should be prescription-only and diclofenac should be banned.

“The use of these drugs is so widespread, and we have been using them for quite a few years without thinking they might have these side-effects,” he said. “It is important to send the message to the general public that they should be used carefully.”

Ric Day, a professor of clinical pharmacology at the University of NSW and St Vincent’s Hospital, said that while the study analysed healthy people it was particularly relevant for people at risk of heart attack and stroke, such as those with diabetes or high blood pressure.

“For people who are older and have these conditions there are significant risks.”

They should be properly informed that at high doses the drugs could be dangerous.

David Henry, the head of the Institute for Clinical Evaluative Sciences in Canada, and an adjunct professor at the University of Newcastle, said diclofenac had consistently been shown to pose the same heart attack risk as Vioxx and should be removed from the market.

“There is no good reason why diclofenac should stay on the market but drug regulation authorities have not taken it on as an issue,” he said.

Professor Henry said little was known about the links between the drugs and heart attacks and strokes in Australian patients because state hospital data was not routinely linked with commonwealth prescribing data.

“It is a disgrace … Australia has to rely on studies done overseas. Why isn’t Australia able to assess the safety of drugs in its own population?”

A spokeswoman for the Therapeutic Goods Administration said it had received eight reports of heart attacks and one of angina in patients taking diclofenac where a causal association was suspected. There had been none in patients taking ibuprofen